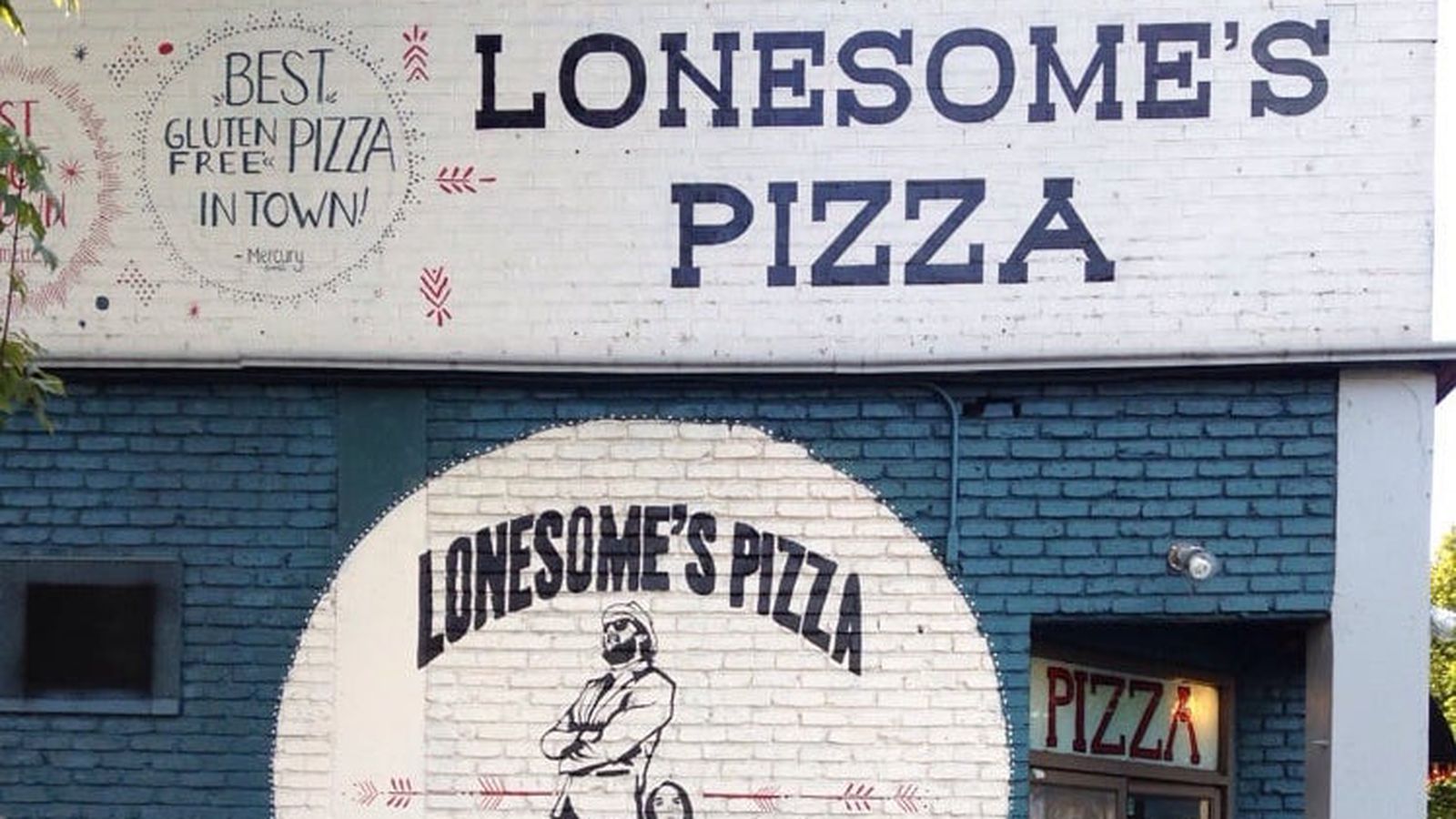 There seems to be a complicated, potentially controversial pizza switcheroo inside Dante’s, the iconic Portland dive bar at 350 W Burnside St. WWeek reports the obsessively adored underground pizza spot Lonesome’s Pizza served its last slice in July, and the Dante’s team opened a new operation in its place called Pizza Slut, named after its “favorite band ever” (click the link to absorb pure phonic beauty).

Dante’s owner Frank Faillace tells Eater Pizza Slut serves a New York City-style pizza based on “a similar-but-improved recipe” from the pizza it served before Lonesome’s moved in. The Pizza Slut window is now open daily inside Dante’s, from 11 a.m. to 3 a.m.

Noah Antieu and Portland DJ Nik Sin owned Lonesome’s Pizza, once declared one of Portland’s iconic pizzerias by Eater PDX. Apparently, that big mural of Antieu and Sin on the outside of Dante’s was temporarily doctored, after the pizzeria moved out, with Antieu’s face crossed out:

Faillace explains the situation like this: “The mural was their signage and since they are no longer in business the wall was returned to it’s previous state,” he says. “There was some graffiti on the wall before it was painted over, but we have no information on it unfortunately, as our security cameras did not cover that area at the time it happened.”

And on another front, Pizza Slut has received some backlash on its Facebook page, for allegedly having its friends post a bunch of five-star reviews before even opening.

For now, Portland pizza fans mourn a true indie-style Portland classic. Once a delivery-only mystery pizza shop known for creative pizza names like “Dolph Lundgren vs. a Puma,” Lonesome’s Pizza started flipping pies on West Burnside in 2010, before moving into Dante’s in 2012. At one point, it teamed up with the Northwest Film Center to include a best-of NFC DVD with all of its deliveries, featuring winning shorts from the Northwest Filmmakers’ Festival.

But now, Lonesome’s Pizza has taken down its website, replacing it with information on how to donate to Planned Parenthood. Here’s one last look at its creations: 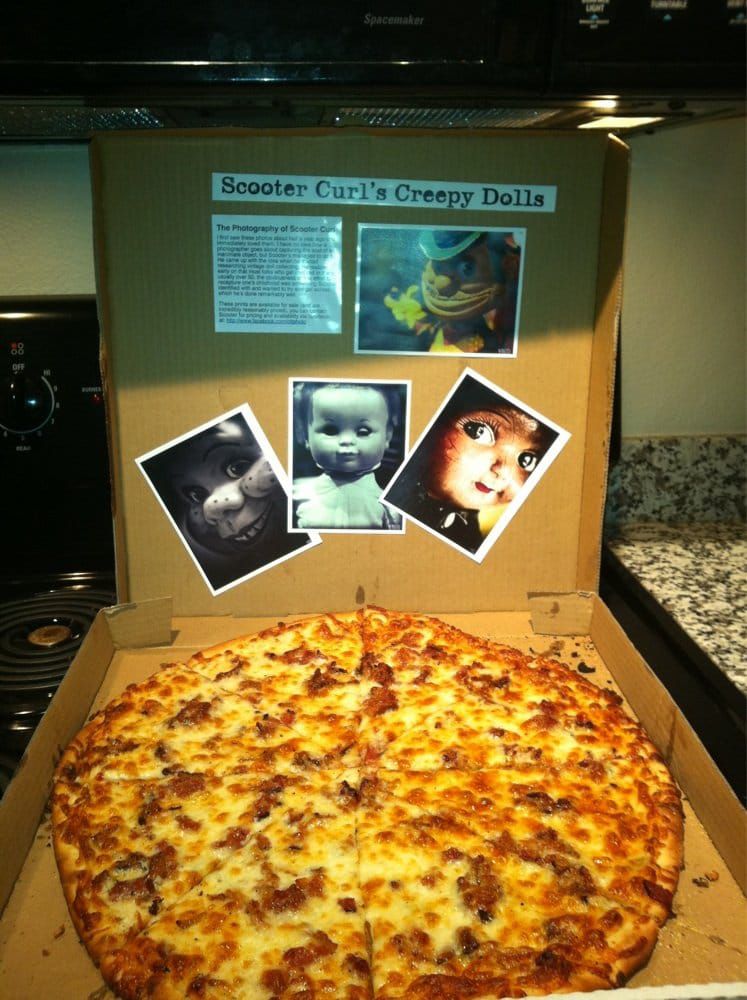 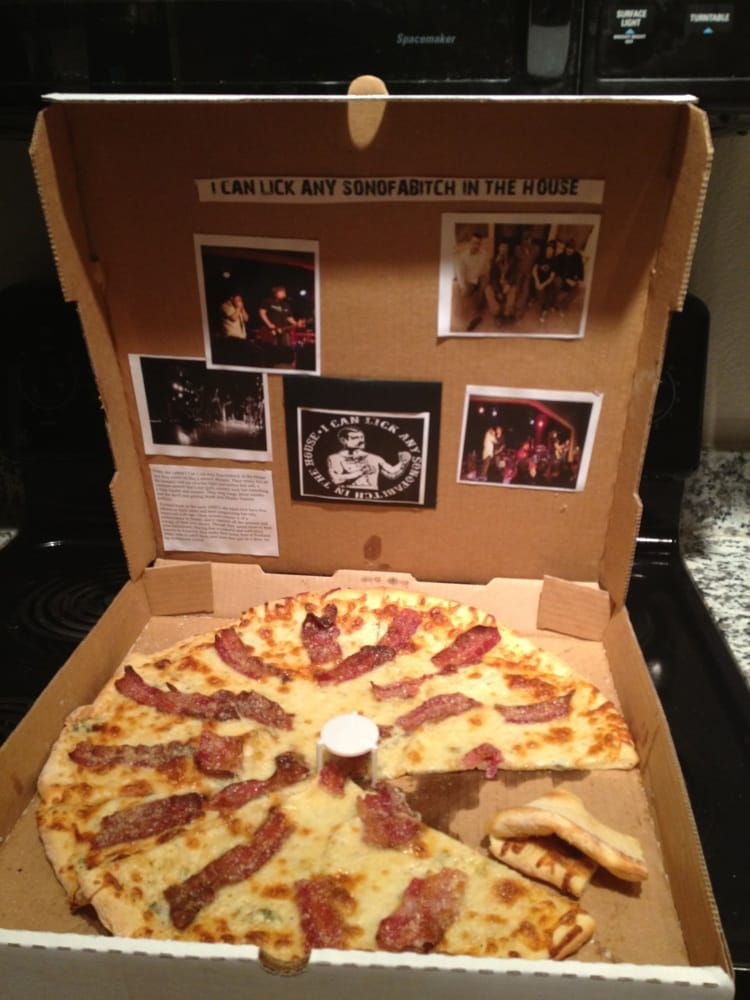 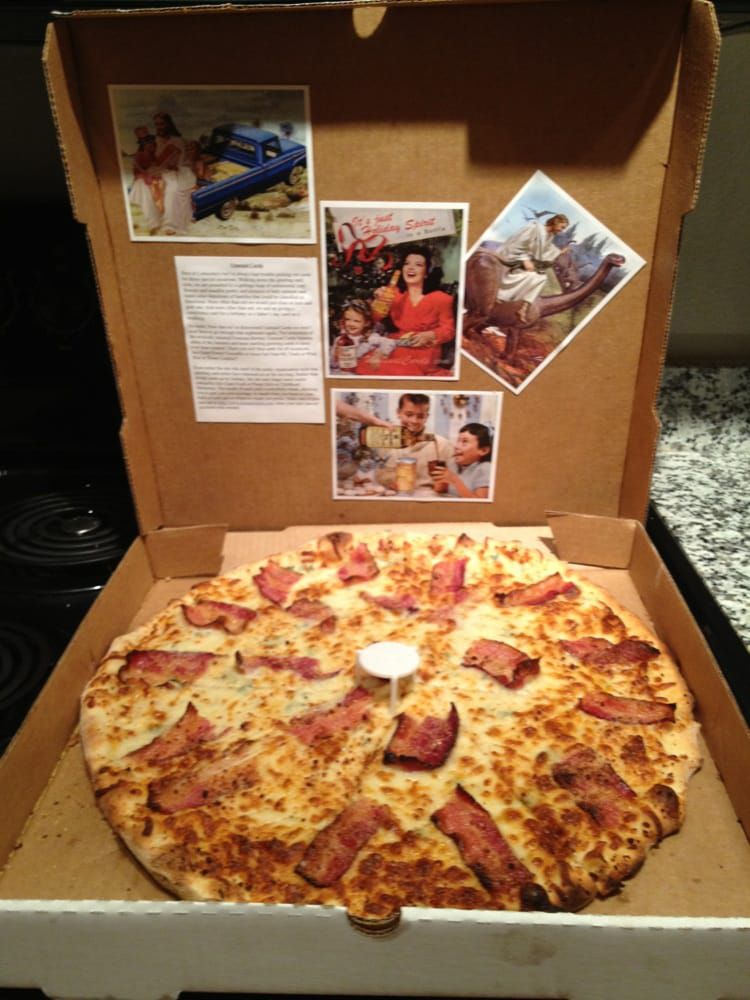